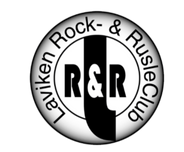 From WikiPedia: In the late 1950s, a flourishing culture of groups began to emerge, often out of the declining skiffle scene, in major urban centres in the UK like Liverpool, Manchester, Birmingham and London. This was particularly true in Liverpool, where it has been estimated that there were around 350 different bands active, often playing ballrooms, concert halls and clubs.[11] Beat bands were heavily influenced by American bands of the era, such as Buddy Holly and the Crickets (from which group the Beatles derived their name), as well as earlier British groups such as the Shadows.[12] After the national success of the Beatles in Britain from 1962, a number of Liverpool performers were able to follow them into the charts, including Cilla Black, Gerry and the Pacemakers and the Searchers. Among the most successful beat acts from Birmingham were the Spencer Davis Group and the Moody Blues. From London, the term Tottenham Sound was largely based around the Dave Clark Five, but other London bands that benefited from the beat boom of this era included the Rolling Stones, the Yardbirds and the Kinks. The first non-Liverpool, non-Brian Epstein-managed band to break through in the UK were Freddie and the Dreamers, who were based in Manchester,[13] as were Herman's Hermits.[14] The beat movement provided most of the groups responsible for the British Invasion of the American pop charts in the period after 1964, and furnished the model for many important developments in pop and rock music.